Home to 40 museums, the city of culture for connoisseurs has the highest concentration of museums in the country. Basel also has a beautiful Old Town, modern architecture, and the Rhine – an inviting spot to rest a while.

Basel is Switzerland’s oldest university city. Historic landmarks of the city include the large market square with its richly decorated red sandstone town hall and the late Romanesque-Gothic cathedral. During a walk through the old town, past small boutiques, antique book shops but also shops of modern designers, a visit to the “Läckerli Huus” to try the traditional Basel honey cake is well worth your while. Basel is tradition-conscious and open-minded at the same time, a fact born out by several modern buildings designed by renowned architects such as Herzog & de Meuron, Mario Botta, Diener & Diener and Richard Meyer.

Almost 40 museums make Basel the city with the highest density of museums in the country. Internationally known museums, such as the Basel Art Museum, the museum devoted to the iron sculptor Jean Tinguely, the Fondation Beyeler and the Museum of Cultures attract a great many visitors, as do several galleries and playhouses. Basel is among other things home to the symphony orchestra and the chamber orchestra as well as the musical theatre featuring international productions. And a wide range of classical and contemporary productions are shown on the stages of the Basel Theatre and the Playhouse.

Basel is a green city. The Botanical Gardens, several parks and the banks of the Rhine are perfect places to relax and linger for a while. And the Etoscha House at the zoo offers spectacular insights into the Namibian Savannah.

At nearby Augusta Raurica near Augst impressive ruins and a great many finds at the museum bear testimony to the busy lives of the Romans in the region in the past. The charming countryside of the Basel region with its many cherry trees in spring boasts a particularly beautiful display of blooms. Germany and France, the Black Forest and Vosges Mountains are only a stone’s throw away from the border city of Basel.

The yearly Fasnacht (Carnival) is the most important celebration for the people of Basel. On the Monday following Ash Wednesday the city rises with the “Morgenstraich”. At four in the morning on the dot all the lights in the city go out and a colourful and brilliant procession through the streets of the city Begins. 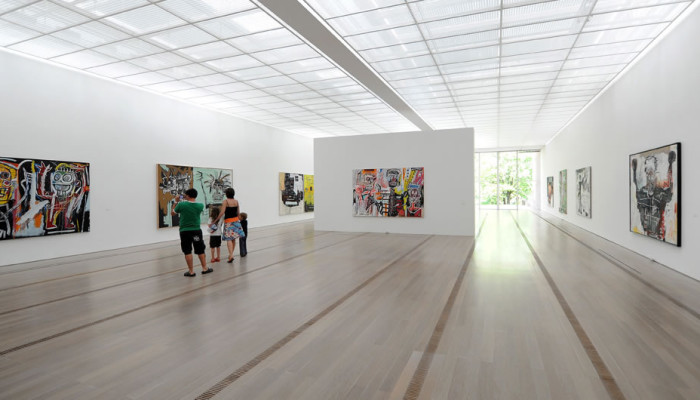